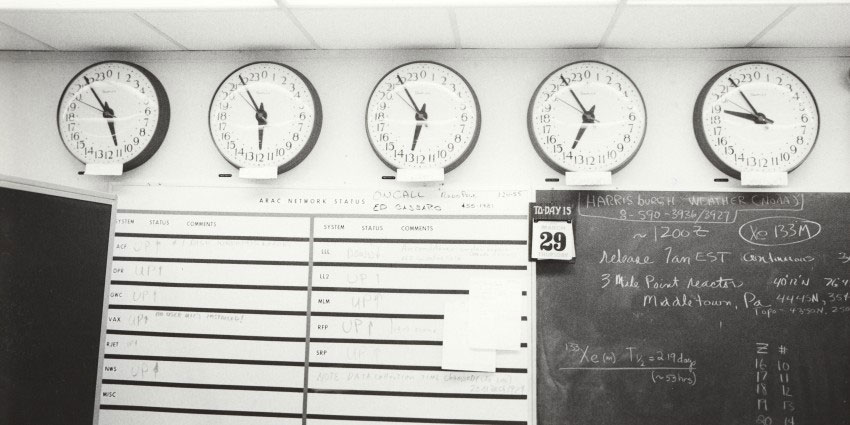 In the early morning hours of March 28, 1979, the Three Mile Island Unit 2 reactor in Pennsylvania partially melted down, leading to the most serious commercial nuclear power plant accident in United States history.

It’s been 40 years since the first emergency phone call came in from the Department of Energy to Lawrence Livermore National Laboratory (LLNL). An accident had occurred at the Three Mile Island nuclear power plant on March 28, 1979 that led to a release of radioactivity into the atmosphere.

This is how the National Atmospheric Release Advisory Center (NARAC) was born. Over the next 10 days, Livermore scientists worked 24 hours a day, seven days a week, with teams from the Department of Energy, Nuclear Regulatory Commission, Environmental Protection Agency, the state of Pennsylvania and other agencies to predict the potential areas and levels of radioactive contamination, and to guide environmental monitoring teams.

NARAC was able to use three-dimensional weather and plume models to provide these agencies with hourly estimates, tracking the dispersion of the radioactive material over a 2,400-square-mile area.

The basis of NARAC’s hallmark support to the federal interagency group began in the 1960s when LLNL conducted leading-edge research in atmospheric science, which led to major advances in computer modeling of regional and global weather and climate, and in atmospheric dispersion and fallout models.

This led to an operational predictive plume modeling capability in the 1970s. Since 1979, NARAC has provided support for numerous accidents, including the nuclear reactor failures and subsequent atmospheric releases of radioactive material from the Soviet Union’s Chernobyl (1986) and Japan’s Fukushima Daiichi (2011) nuclear plants, as well as other smaller accidents.

In late April 1986, NARAC responded to the worst nuclear plant accident in history when uncontrolled reactor conditions at the Chernobyl nuclear power plant resulted in an explosion, a subsequent fire and the release of radioactivity.

Millions of curies of iodine and cesium were released. Over the next 16 days, NARAC estimated the radioactivity released, modeled the transport and deposition of the material involved and calculated the dose to people in Europe and around the globe.

NARAC was activated by DOE and the National Nuclear Security Administration (NNSA) on March 11, 2011, following the devastating earthquake and tsunami that damaged the Fukushima Daiichi nuclear power plant, for what was to become the largest nuclear emergency response effort in DOE/NNSA’s and NARAC’s history.

Working closely with DOE/NNSA headquarters and laboratories, and with other government agencies, NARAC operated 24 hours per day, 7 days a week for almost four weeks and continued to provide support for the remainder of the 2 ½-month DOE/NNSA response, providing hundreds of predictions. 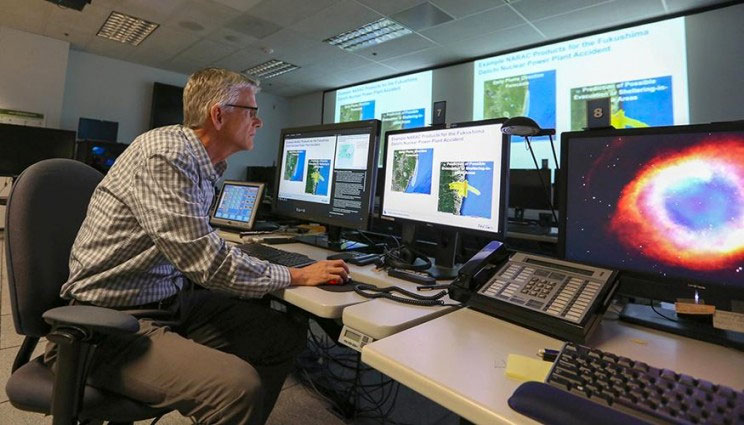 The center provides critical information on the potential impacts of hazardous airborne releases, as part of an integrated national preparedness and response strategy.

NARAC is the DOE/NNSA modeling center for radiological/nuclear incident response. Since 2004, NARAC also has been the primary provider of radiological/nuclear modeling capabilities, through DOE/NNSA, for the Department of Homeland Security-led Interagency Modeling and Atmospheric Assessment Center (IMAAC), which coordinates federal plume modeling for major events.

A highly trained team of operations scientists, engineers and technicians led by Brenda Pobanz maintains NARAC’s ability to provide 24/7 analysis and predictions of the spread and health impacts of airborne material, through approximately 50 emergency exercises annually.

The robustness and efficiency of NARAC computer systems and software tools are ensured by a team of software developers and technicians led by John Fisher. Lee Glascoe, the program leader for NARAC, directs efforts to research, develop and transition best-in-class high-fidelity numerical modeling methods into operational use.

As it marks its 40th anniversary, Glascoe said: “NARAC has significantly grown and advanced. However, the mission of incident response, and the passion for that mission is the same, and continues to be evident in the enthusiasm and dedication of NARAC’s 35 staff members.”